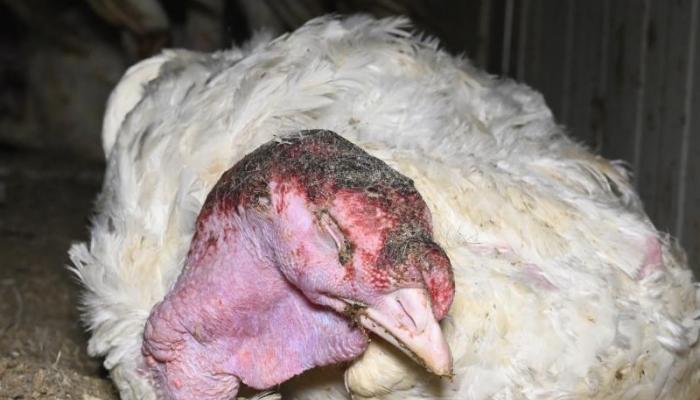 Brussels, 4 April 2022 - The Walloon government has adopted a draft decree on turkey welfare in farms. Its content was drafted within the Walloon Animal Welfare Council (Conseil Wallon du Bien-être Animal) by a work group composed of scientific experts specialising in poultry farming, representatives of the farming sector and animal protection charities. The specific conditions for turkey farming have therefore been fixed for Wallonia. The animal rights organisation GAIA, a member of this council, qualifies the new law as an ‘honourable compromise’.

The new legislation takes into account the criteria aiming to improve the birds’ welfare as well as production criteria, trying to optimise both approaches. Two factors are crucial: densities (which are limited and have been reduced to 30 kg/m2 for females and 35 kg/m2 for males) and the rate of growth on the other hand. Rapid growth turkey races grow so quickly that many suffer from lameness. They peck each other, causing serious injuries and deep, bloody wounds. They die of hunger and thirst because they can no longer reach the drinking and food troughs. The birds are also incapable of cleaning their feathers, a vital need.

Farms with over 200 turkeys must now have access to a winter garden or an outdoor track. Duckboard and beak blunting (breaking the tip) for turkey cocks will be prohibited. Farmers must also follow theoretical training with basic practice and animal monitoring will be required.

Ann De Greef, Director of GAIA and member of the group that studied the issue believes that establishing standards was a necessity: "There was no specific standard to govern turkey farming. Now, one has been established, and we believe, after several months of discussions, that it’s an honourable compromise in terms of density rates and animal growth rate. In short, we’re quite satisfied with the result achieved.”

GAIA hopes that this decision to establish standards will be extended in Flanders where the animal rights organisation is also demanding legal standards. In this way, the maximum densities must create much better living conditions than the current situation, to avoid the abuses that GAIA has discovered in intensive turkey farming in Flanders. At the end of last year, GAIA revealed terrifying images of the abysmal living conditions in different intensive turkey farms: thousands of turkeys piled up, seriously weakened, crippled, injured and in agony. And even corpses in an advanced state of decomposition. Why? A lack of legislation and animal welfare standards for turkey farms.

Ann De Greef: “The bar has been placed high in Wallonia. But we could not be content with basic standards that only had cosmetic changes. Flanders must take inspiration and transpose this into legislation. Urgently.”