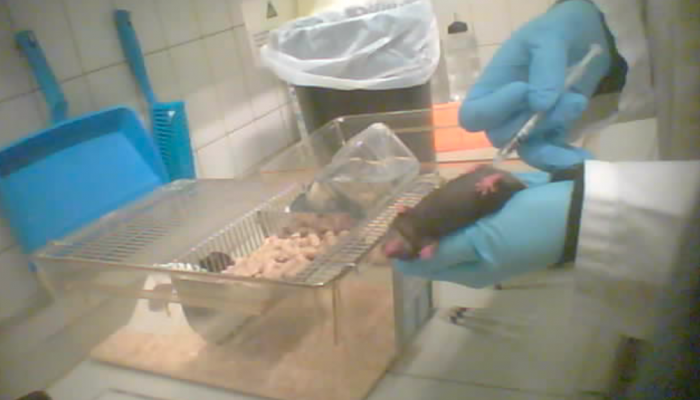 Between March and June 2016, an undercover investigator of GAIA worked as animal caretaker in the Animalarium of the Free University of Brussels (Vrije Universiteit Brussel, Jette Campus), one of the main universities in Belgium. GAIA’s investigator witnessed how research animals were subjected daily to painful tests with routine complacency, neglect, insufficient care and regard for animal suffering and welfare. He witnessed cruel and shocking killing methods. The research mice, rats, rabbits and pigs in the Animalarium of the VUB suffer a great deal more than is accounted for or indicated in the experiments they are used for. “GAIA has recorded on-going, severe animal suffering, serious shortcomings and legal infractions in detailed and comprehensive diaries and video footage”, says Michel Vandenbosch, President of GAIA. Based on these findings, GAIA urges the Brussels Animal Welfare Secretary of State, Bianca Debaets to investigate these violations thoroughly, independently and unannounced. Michel Vandenbosch, President of GAIA: “Bianca Debaets has to at least suspend their licence to conduct animal experiments. These malpractices must end.”

Why an undercover investigation?

Through three months of detailed and comprehensive diaries, video footage and interviews, our dedicated undercover investigator has provided a catalogue of pain, suffering and distress caused by routine complacency, cruel experiments and disregard for animal welfare. Researchers at the VUB’s animal facility greatly underestimate or incorrectly estimate the suffering laboratory animals are subjected to.

As government institutions and laboratories generally lack transparency, undercover investigations are the only way to obtain accurate and reliable information about the degree of animal suffering in research institutes.

The killing of research animals and legal infractions

Our investigator recorded several breaches of legislation during routine experiments, especially in the application of killing methods. Research animals are killed after an experiment or when they are no longer deemed to be useful.

The applied killing methods need to meet specific, legal and clearly defined requirements as outlined in the Royal Decree of 2013 on the protection of laboratory animals, and in European directive 2010/63/EU on the protection of animals used for scientific purposes. Some key examples of cruel, ethically unacceptable and/or illegal killing methods:

Dislocation of the necks of mice with pens and scissors (also shown clearly in video evidence) and incompetency in checking if the animals were dead.

Very young mice that did not die by carbon dioxide gas (CO2) asphyxiation were decapitated.

Live, new-born mice were put into the freezer to die. Freezing is not specified as a legally permitted method of killing. This killing method is also not reliable nor is it acceptable. In our video, a technical investigator clearly states that she does not mind this type of death. To her, the most cruel killing method is decapitation. This is however a daily reality at the VUB.

Decapitated baby piglets. This appears to be a possible breach of the Belgian animal experiments regulation and Annex IV of Directive 2010/63/EU on 'Methods of Killing', which only permits decapitation of birds and rodents. Decapitation of piglets may be legal when the animals are unconscious but it is not clear this is the case.

Cutting the heads off baby mice (pups) with scissors, as also shown on video evidence. This method is only allowed when no other, legally accepted methods are available. GAIA emphasizes that those baby mice should have had a painless death.

Overcrowded cages and neurotic, compulsory behaviour. Mice and rats jumping up and down or turning round in circles incessantly. Responsible researchers were informed but did not act upon it.

Blatant lack of responsibility and compassion

Findings during our investigation do not only reveal unacceptable negligence and a lack of concern for animal welfare during experiments and when animals are killed. The routine use, neglect and suffering of animals at the VUB, demonstrates an apparent indifference and complacency towards the treatment, care and housing of laboratory animals. Researchers fail to provide post-operative care and wound treatment. Our investigator confirms there is an establishment-wide failure to check on ill and/or injured animals regularly. “It was such a frustrating experience. On numerous occasions, I urged my superior and fellow colleagues to take action, but in vain. I was clearly told I was overstepping the mark.

Some of the findings of our investigator:

Rabbits, bred with heart defects and used in experiments over a year ago, still left in the laboratory, in such a fragile and highly stressed state that transporting them or even just moving or cleaning their cages could kill them from stress/panic – several animals had already died like this.

One researcher did not know the pain level animals were subjected to in an experiment.

Research staff removing and ignoring warning labels on cages about overcrowding and injury.

Lack of staff availability when called on to come into the facility to check on sick and injured animals.

Conversations between research staff explaining lack of standardised protocols and how unorganised the facility is.

The Chief Veterinary Officer and researchers laughing when notified about sick animals, at neurotic behaviour in mice and dead pigs.

Video fragments clearly showing neurotic, compulsory behaviour in mice, jumping up en down or going round in circles incessantly, probably from frustration or boredom.

Animal experiments at the VUB

During our investigation at the Animalarium of the VUB, our undercover investigator witnessed animal experiments on multiple occasions. The facility houses pigs, mice, rats and rabbits who are used by various medical and biological research departments at the VUB. An overview of some of the experiments:

Pigs are used in cancer and fertility experiments and have to undergo MRI scans. They are operated on to insert catheters. Pigs are cruelly decapitated to harvest cells for diabetes research.

Mice were used in so-called ‘survival studies’. They are injected with cancer cells in order to measure the growth of tumours – tumours would grow so large they would burst – and to establish how quickly the animals die.

Rats were used in invasive brain experiments to mimic the symptoms of human Parkinson’s disease in rats. Apart from invasive brain surgery, rats were mounted in a stereotaxic frame and electrodes were inserted into their brains to measure brain activity.

* Mice are used in projects on anxiety and depression. They are subjected to cruel and archaic methods as forced swimming, tail suspension, maze analysis and light and dark exposure.

Michel Vandenbosch, President of GAIA urges the Brussels Animal Welfare Secretary of State Bianca Debaets, to take immediate measures against those who are responsible for the exposed, blatant shortcomings. “The numerous shortcomings, malpractices and legal breaches at the animal facility of the VUB need to be investigated thoroughly, independently and unannounced by the relevant authorities”, says Michel Vandenbosch. “GAIA also demands that the licence of the VUB to conduct animal experiments is suspended. The routinely, daily cruelty towards and suffering and neglect of laboratory animals as witnessed by our investigator needs to be stopped. While researchers at the VUB claim that laboratory animals are treated very well with the highest regard for their welfare and according to legal requirements, our investigation clearly proves otherwise.” 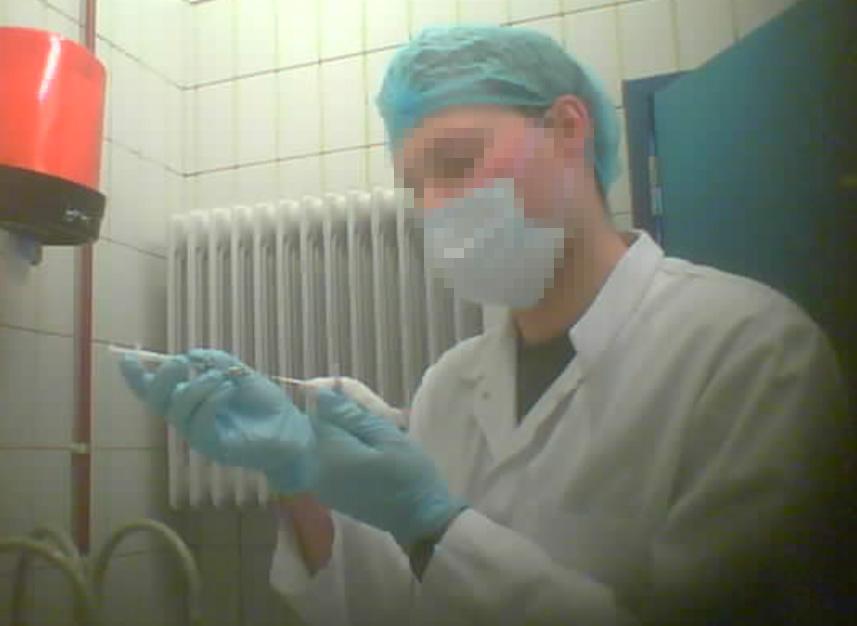 GAIA throws Jean-Claude Van Damme into the fray: the Muscles from Brussels calls on Brussels Parliament to ban unstunned slaughter