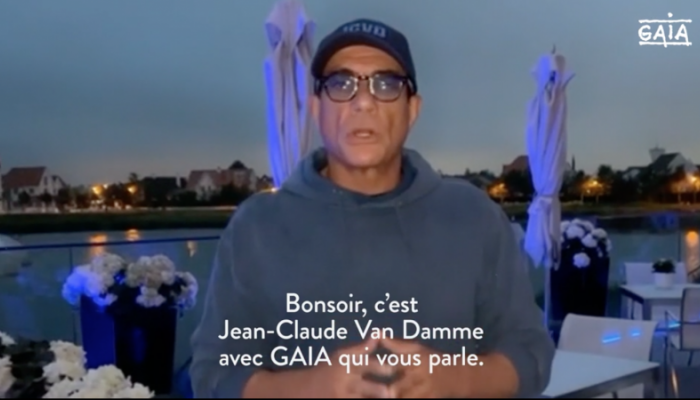 "Please, do it for the animals"

GAIA is happy with the support of Jean-Claude Van Damme. The born Brusseler has proven in the past that he carries GAIA in his heart and cares for animals. This in contrast to the Brussels members of parliament who pay lip service to animal welfare, but in practice maintain the animal suffering caused by unstunned slaughter.

We therefore hope that the Brussels MPs will show their hearts and use their brains on Friday, in the interest of the animals. And that the ban on unstunned slaughter will be approved.

GAIA president Michel Vandenbosch: "If not even the scientifically confirmed reality of extreme animal suffering nor the rulings of the highest courts, which validated the Flemish and Walloon bans on unstunned slaughter as the fair balance between religious freedom and the interest of animal welfare, are not convincing to Brussels parliamentarians to spare thousands of animals avoidable suffering, who knows Jean-Claude Van Damme may be able to push the Brussels Parliament to take the most ethically sound, most progressive and most justified decision in the interest of the weakest and most vulnerable party, the animals. And the only correct decision in accordance with modern standards and values regarding the treatment of animals anno 2022 in our democratic constitutional state, is to no longer allow the exception for religiously motivated slaughter, to prohibit unstunned slaughter also in the Brussels Capital Region and to impose stunning."

We are in a state of emergency for thousands of animals if unstunned slaughter is not banned on Friday, and unstunned sheep and cattle continue to suffer the worst pains in Brussels.

On Friday 17/6, the Brussels Parliament will vote on the conclusions in the report of the Environment and Animal Welfare Committee and on the text of the ordinance proposal. That committee voted last week on the ordinance seeking to ban unstunned slaughter, submitted by DéFi, Open Vld and Groen, with the support of N-VA and MR. The result then was six-six, and three abstentions.